Winter wonders; what does the UK wildlife get up to this time of year? 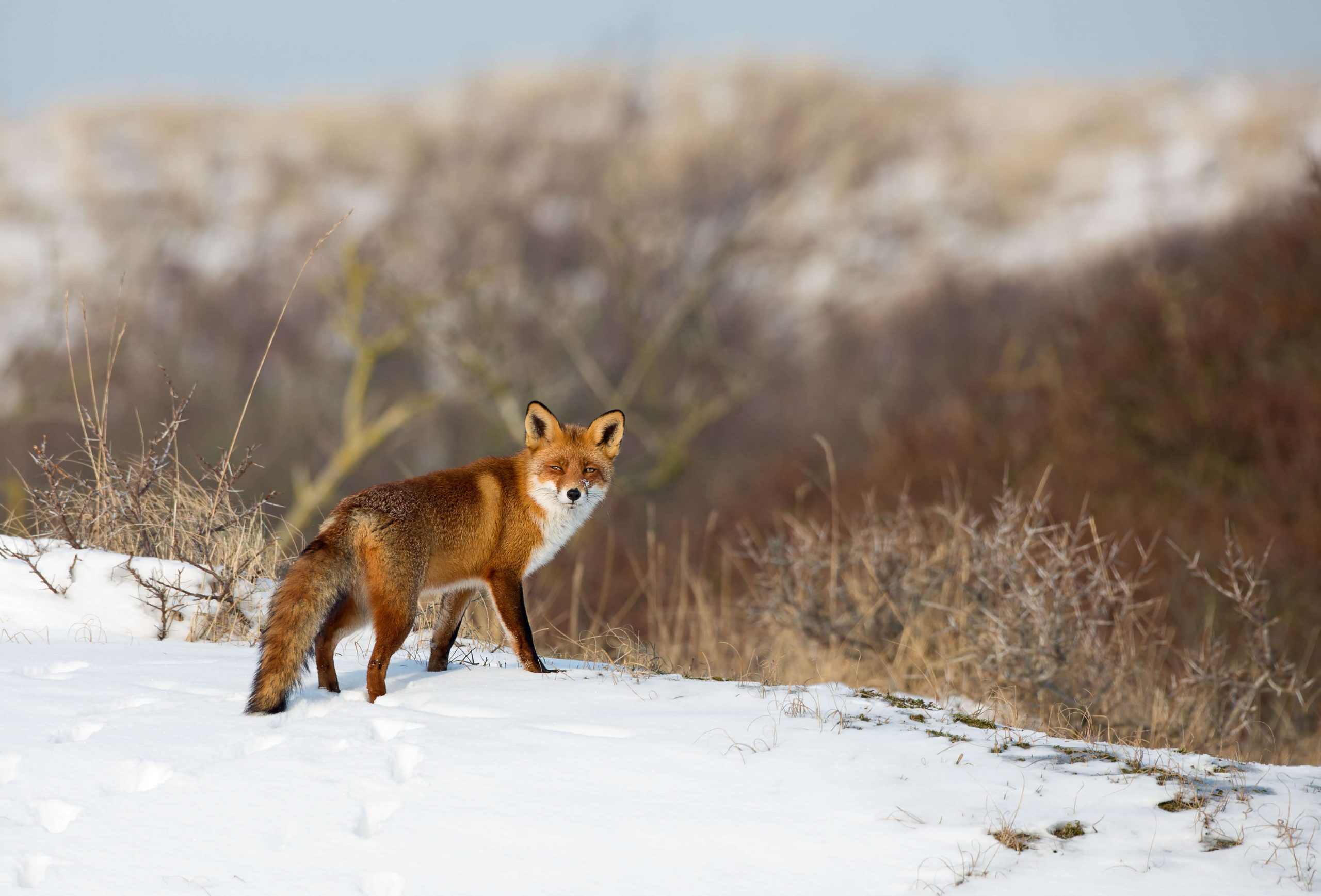 When we think about UK wildlife, we often imagine cute critters enjoying the sun and making the most of spring and summer. But what do these animals get up to during the colder months? Here at WildThings, we take a closer look at wildlife behaviour during winter so that you can know what to expect and learn how to be a wildlife advocate when the seasons change.

Hedgehogs are known to hibernate between November and mid March, however, studies increasingly show that this isn’t always the case. According to hedgehog charity Amazing Grace, over the last decade hedgehogs have been hibernating less and less. If you’re already a WildThings shopper and frequently leave out extra food for the neighbourhood hogs, you may find that this has had an impact on whether or not they hibernate. Those hedgehogs that are well fed may not actually need to hibernate as they do not need to depend on fat stores to survive the winter. Some may still hibernate, but sleep for a much shorter time than usual. If you’re generous when it comes to feeding, it is important to continue to leave food out of the winter months for those hedgehogs that decide not to hibernate- they may have come to depend on the food you leave them!

Badgers are very mysterious animals. As they’re nocturnal, they’re very rarely seen out and about during the day and this is even more true during the colder months. Even though they don’t hibernate, they do reduce their general activity in order to be able to survive the winter. Their aim is to build body fat and the less exercise they do, the chubbier they will get! For this reason, they’re less likely to move from place to place and so badger sightings are likely to be more infrequent. That doesn’t mean they aren’t still around and don’t need help from you, a wildlife advocate. You can help your local badgers over the winter by regularly leaving out badger food and fresh water. The WildThings range will help give them everything they need to stay fit and healthy and make finding food less of a struggle when the weather is cold.

Foxes are nothing if not adaptable. Many species of fox actually grow thicker coats to keep themselves warm when temperatures plummet, so if you do see an extra fluffy looking fox during the winter, its magnificent coat is there for a reason. When the weather is warm foxes have a lot more options when it comes to food; they can easily find fruit, nuts and insects in the wild to feed on and so they generally keep well away from humans. It’s another story during winter, however. Food isn’t as easily accessible and so they may frequent human territory more and more and scavenge what they can to survive. This is why it’s actually really important to leave out food for foxes over winter. Like us, them going hungry is probably the last thing you want!

You may be wondering how an earth ducks don’t freeze to death over the winter. Many birds fly to a warmer climate but many of the ducks you see in the park simply prefer to stay put. What you may not know is that their feathers are waterproof and help trap heat against the body, keeping them nice and toasty when it’s cold. Many of us (especially those with kids) love feeding the ducks in spring and summer but it’s important to remember that ducks may actually come to rely on this sustenance. Be sure to get yourself out for regular walks and treat your local ducks to WildThings duck food. No matter what time of year it is, try to avoid feeding them bread as many ducks struggle to digest this. You’re much better off feeding them specialised food that has been created specifically for them and their nutritional needs.

Swans are similar to ducks in that during the winter, some of them like to stay put despite the cold temperature. However, many of them migrate to warmer climates where food is more plentiful. Their feathers are also specially designed to keep them warm and they often ruffle them which helps trap in the heat. Once again, it is important to continue to feed your local swans during winter. You may not want to get as close to them as you would ducks as swans can sometimes attack when they feel threatened or scared. Be sure to shop WildThings swan food and pay them several visits between November and March.

The main thing to take away is that if you’re a wildlife advocate, you should continue doing what you do best over the winter months. It is crucial that you continue to do everything in your power to protect wildlife winter wonders, whether that be feeding them regularly or providing optimum conditions for them to thrive. Connect with us on social media and tell us what you’re doing to protect your local wildlife this winter!