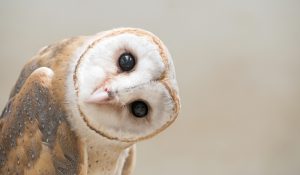 When we think about the wonderful world of wildlife, we often imagine tropical jungles in the Amazon or distant african landscapes. The truth of it is we don’t need to look far past our kitchen window to celebrate the animals much closer to home. There’s so much more to British wildlife than you would think; get ready to find out more about all the creatures native to the UK and perhaps learn some interesting facts along the way!

Badgers can survive on a wide variety of foods but their diet consists mainly of worms, fruit and nuts. If they’re really struggling to find sustenance, they may also eat small animals, such as hedgehogs. All the more reason to shop badger food at WildThings to give them a helping hand! They’re also impressively tidy; badgers regularly clean out the area they sleep in to keep fleas away.

It’s no accident that hedgehogs are covered in spines. These prickly creatures curl up into a ball when they sense a predator lurking and their sharp spines effectively fend off any animals that may fancy them as a tasty snack. Watch out badgers! It’s worth noting that hedgehogs are particularly fond of eating slugs- so try to stay away from using slug poison as this can actually kill hedgehogs. You can also shop hedgehog food right here.

Harvest mice are Britain’s smallest rodent, weighing as little as 4 grams. They like to weave nests out of grass and have semi-prehensile tails, which basically meals they can hold things with their tail! This is especially useful for climbing or picking up morsels of food.

Barn owls like to stay in one area their whole life and are known for being quite shy. They choose their nesting sites based on how easy it will be for them to hide and normally have one place to sleep and a few others to roost, all within a 3km radius. They also have the most sensitive hearing of any creature ever tested, so make sure you keep this in mind if you ever come across one!

There’s a reason why The Beatles sang about blackbirds. These beautiful birds roost together in the winter and sing together in unison, making a chink-chink sound. They also sing in the day and males start singing as early in the year as February in order to attract a female friend.

Foxes are the nation’s scavengers and have developed strong stomachs and immune systems. This is so they can eat rotting food scraps that may make those animals with weaker dispositions quite ill. Household refuse makes up roughly half of an urban fox’s diet and they also feast on insects, worms and fruit. They may even hunt small mammals such as rats, mice and birds!

Rabbits are nothing if not adaptable. Wild rabbits breed really fast and survive on a diet purely made up of vegetation, so it’s no surprise that the UK was previously overrun by rabbits. In the 1950s the disease myxomatosis was introduced to drastically reduce their numbers, causing them to become almost extinct! Thankfully, the cute little critters made a serious comeback and they’re now very common in the countryside (much to farmers’ dismay, rabbits love to eat up all their crops).

Think there are no snakes in the UK? Think again! The grass snake is the largest reptile in Britain and can grow as large as a metre long. They’re normally found in areas where there is a body of water and woodland surroundings (so don’t worry, you’re not going to find one in your kitchen!) Fun fact, grass snakes like to do a bit of sunbathing when the sun comes out. Who would have thought?

Are you interested in Britain’s wildlife? Connect with us on social and share your stories with us!