10 facts about foxes that may surprise you 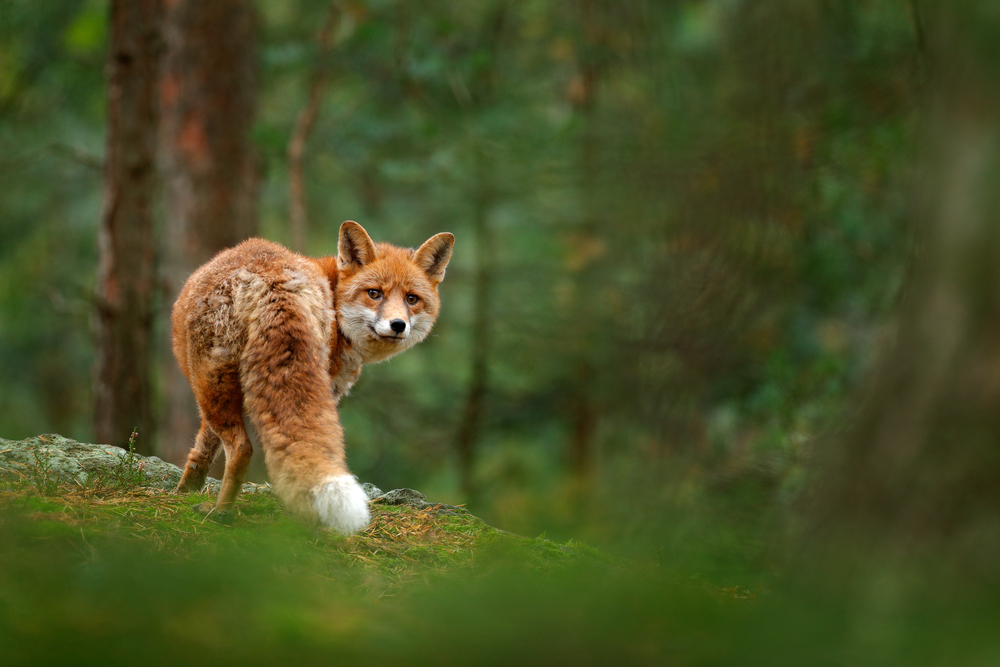 Recently, fox sightings have been on the rise, which means you may have spotted a few of these bushy-tailed animals trotting around your garden. Here at WildThings, we think foxes are fascinating animals. Read on for 10 facts about foxes that just may surprise you:

Their eyes are specially adapted to be able to see in the dark. Behind the light sensitive cells lies another layer called the tapetum lucidum which reflects light back through the eye. This doubles the intensity of what the fox can see, making them excellent at catching prey.

2. Foxes are considered to be solitary animals

Unlike other members of the canine family, foxes are not considered to be pack animals. Foxes tend to live by themselves or in small family groups called a “skulk”, which typically includes the mother fox and around 6 cubs.

3. Foxes can make over 40 different sounds

If you’ve ever heard those scream like howls you will probably know the type of sounds we are talking about. Foxes can make a variation of screams, barks, and howls that can range from high pitched tones to lower tones to communicate different things.

4. Foxes make use of the earth’s magnetic field to hunt

Researchers have found that foxes are the first animals in the world to use the earth’s magnetic fields to judge the distance and direction of their prey. They can use this to their advantage when hunting for small animals located in high grass.

5. People used to fear foxes but they are actually considered friendly animals

Most fox species are known to be friendly, curious and playful whilst amongst other foxes and animals. There is also a long history of foxes playing with humans and bonding with them too. Foxes have been known to play with balls and will often take them from golf courses and gardens.

6. Foxes only reproduce once a year

Foxes breed only once a year and mating usually occurs in January or early February. The vixen (female fox) then remains pregnant for around 60 days and will birth a typical litter of 4 – 6 cubs around March or April.

7. Baby foxes are unable to see, walk or thermoregulate when they are born

Mothers will typically nurse their cubs for the first two months of their lives until they develop these functions. Meanwhile, the male fox will go out and hunt for the family. The mother stays with the cubs in the den for around three weeks before the cubs venture out with their mother for the first time.

This is due to the wide availability of food and shelter in towns or cities. Urban foxes tend to dig their dens in the earth underneath bushes or garden sheds. Some also dig underneath tree roots and railway embankments.

9. Foxes have a very varied diet

Foxes are expert hunters, catching rabbits, rodents, birds, frogs and earthworms. But they aren’t carnivores – they are actually omnivores as they dine on berries and fruit too. If you are thinking of feeding your garden foxes, WildThings Fox & Badger Food is specially formulated to contain all the nutrients a fox needs.

Researchers found that foxes have excellent low-frequency hearing. They can hear a watch ticking from 36 meters away and even hear rodents digging underground!

Want to find out more about all the wonderful wildlife the UK has? Follow us on social media today.