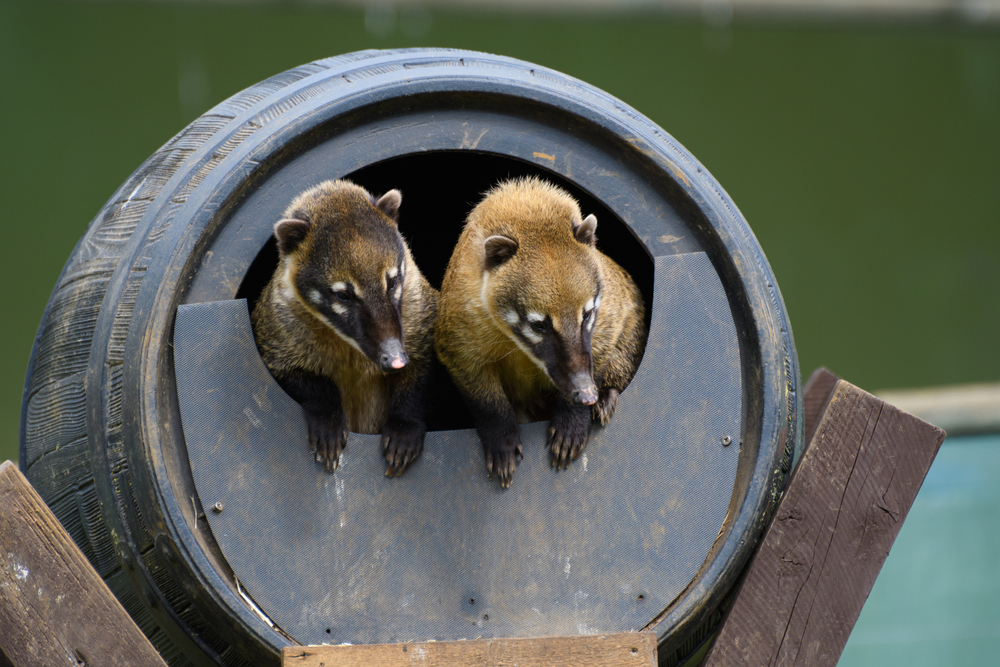 Out in the UK wilderness, there are plenty of species you can expect to come across. These can include badgers, grey squirrels, hares and more. Even the noble hedgehog can come scuttling into your garden from time to time. However, did you know that from a survey of 1,000 people, a third of people have never seen a hedgehog?

If only a third of people have seen a hedgehog, imagine how many really know exactly what species can be found in the UK? 82% of people are unaware of what’s really out there in the wild. Read on for things you didn’t know about UK wildlife and species you may come across – if you’re lucky!

Whale of a Time

Well, for starters – killer whales can be found in the UK. Whether that’s unnerving or exciting to you, these giant orcas can be found in the north and west of Scotland, with sightings also recorded in the northern section of the North Sea. You can expect to see these outstanding predators around British shores between April to October,and if you’re quick, you may even be able to get a picture to treasure the moment forever.

Next up, coatis. That’s right, the native american mammal, that’s the size of a house-cat, and hangs about in trees? That one. They’re in the UK too.

A common theory is that a pair of coatis escaped captivity, made it into the wild and reproduced. Another theory is that they were released into the UK wild in a small, controlled way. They’ve been spotted across Cumbria and even as far down as Buckinghamshire! They have clear distinctive features such as a ringed tail, and a long flexible nose that probes around under leaves and between rocks for any chance of food. Also, when they’re asleep, they tuck their nose into their belly – now come on, how sweet is that!

If You Wallaby My Lover

Now you must be thinking we’re going hopping mad, right? First killer whales, then coatis, now wallabies? Surely not! Well… it’s a hat-trick! Plenty of Australia’s finest have been spotted in the UK, with the largest number of recorded sightings being in Chiltern, southern England. They’re notoriously fast, and can jump plenty of obstacles which explains why so many are still out and about in the wild, all whilst carrying their young in their pouches, much like other marsupials.

As a result of their rarity, they are popular for zoos and wildlife parks, as well as petting zoos and small tourist attractions.

With a track record for hunting rabbits, hares and large birds like grouse, the golden eagle takes its place as the top countryside predator. Seen soaring high in the north and west of Scotland, the national bird of both Germany and Mexico can have large nests that are then used for generations, as golden eagles make sure to pair for life.

Fight or Flight – How Birds Bodies Have Adapted For Flight

They also have special air sacs with hollow bones that allows oxygen to flow through the body more easily, meaning that a bird’s breath is actually doing a lot more work than a mammal’s breath, despite the clear size difference. Because of the constant flow of air, birds have the capability to function properly while flying through the air. Their hollow bones make their body surprisingly light, which means their bones are stronger than a mammal’s, without actually being heavier. Their skeletons have two collarbones which join together in a brace – commonly known as the wishbone. This gives their body the capability to cope with the stress of flying.

Draw a Line in the Sand – Sand Lizards in the UK

An extremely rare species that you wouldn’t expect outside of a sandy dune, you can find instead in the isolated areas of Dorset, Lancashire, Hampshire and more. Sporting a green and black speckled coat that turns bright green as mating season approaches, the reptile paints a distinctive figure you certainly wouldn’t expect to see in the British woodlands.

This certainly shows there are plenty of weird and wonderful species across the UK for you to spot across the UK, although it’s encouraged that those listed above are best viewed from a distance!